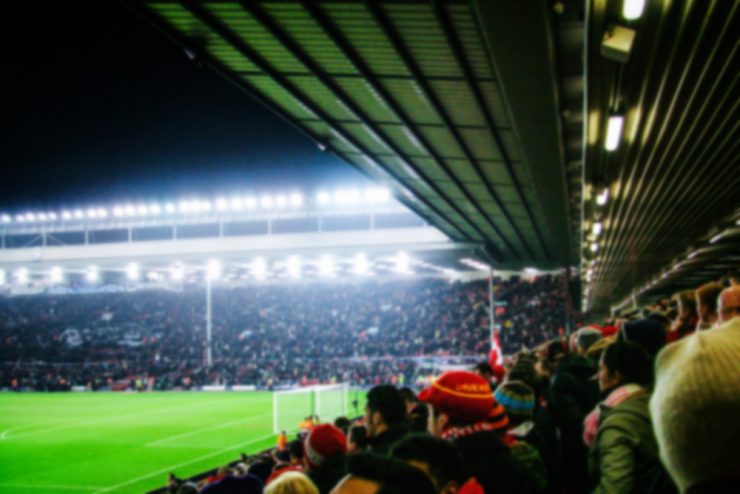 It’s back after the international break… but will the early pause in 2021/22 Premier League proceedings lead to some surprise results as teams returns to action?

All eyes will be on Old Trafford at 3pm on Saturday with Cristiano Ronaldo expected to don a Man Utd shirt for the first time since 2009.

Will it be a dream second debut for the returning icon?

We’re back with our next set of Premier League predictions…

Patrick Viera finally saw his new-look Crystal Palace side find the back of the net a fortnight ago.

Can the ex-Arsenal great remain the toast of one side of North London by condemning table-topping Spurs to their first defeat?

The action begins at Selhurst Park…

After an extensive rebuilding project this summer focused on lowering the average age of the squad, patience was always going to be the watchword for Crystal Palace this summer.

A spirited point at West Ham spearheaded by a fine individual display from Conor Gallagher is a sign Patrick Viera’s methods are finally starting to bear fruit… but did the international hiatus come at just the wrong time for the Premier League rookie?

Spurs will be hoping to stall any new-found momentum and maintain their grip on top spot, with their situation suddenly looking a whole lot calmer after deadline day and Harry Kane back to his old goalscoring self for both club and country.

The unapologetically pragmatic Nuno will be hoping his refocused talisman can help the early leaders to close out games more convincingly after a trio of hard-fought 1-0 wins to start the campaign.

This could be a close-run thing again with both of the last two encounters at Selhurst Park ending in 1-1 draws.

At least one of these sides is heavily fancied to be playing in the EFL Championship next season according to the betting, but at the moment, it’s hard to tell which.

It’s the hosts who might have to start looking over the shoulders should they fail to press the reset button here after a woeful start to the campaign for Mikel Arteta’s side. The Gunners have shipped nine goals without reply, with three defeats also seeing them rack up their worst start to the season since 1954.

To add to his problems, Arteta still has a few selection issues to contend with here, with at least five players likely to be out, although the Spaniard will have fond memories of his last duel with Daniel Farke.

A Pierre-Emerick Aubameyang brace set the Gunners on their way to a convincing 4-0 win over the Canaries back in July 2020. The visitors will be looking for a first point at the Emirates since 2012, a thrilling 3-3 draw.

Can the Bees continue their bright start to life in the Premier League with a win over one of their potential relegation rivals?

That would be a satisfying afternoon’s work for Brentford owner Matthew Benham, a longstanding rival of the Seagulls chairman Tony Bloom. Regardless of their differences off the pitch, both have worked hard to produce aesthetically-pleasing outfits on it, which could make it an entertaining late afternoon watch in West London.

A hard-fought draw with Aston Villa last time out ensures the Bees come into this contest with their unbeaten record intact, while Albion will be looking to bounce back quickly after Graham Potter saw his gameplan undone by a wily Rafa Benitez in their last EPL outing.

The two sides threw caution to the wind in a 3-3 draw in their last meeting in the second tier back in 2017, a game that saw Solly March and Shane Duffy on the scoresheet, with the duo both likely to be involved on Saturday.

Irishman Duffy will be looking to flush out any vulnerability from the Bees at set pieces after two goals at club and international level so far this campaign.

It’s set to be a testing month for Man City with a mouthwatering Champions League clash with PSG and an early title six-pointer at Chelsea already setting pulses racing.

Before all that, it’s a gruelling opener to September’s business against a Leicester side likely to be full of confidence ahead of this clash.

The Foxes will still have fresh memories of their Community Shield success over the Citizens, where a late Kelechi Iheanacho penalty proved to be the difference between the two sides at Wembley.

It’s been a different story at the King Power in recent times, with City successful on both of their last two trips to the East Midlands, although the visitors may have to make do without Ederson and Gabriel Jesus this weekend amidst the fallout of FIFA’s ruling on Brazilian players returning from international duty.

He’s back… yes, Steve Bruce returns to his old stomping ground this weekend in a bid to finally get Newcastle up and running.

Unfortunately for Brucey, he’s unlikely to get much more than light applause from a respectful home faithful with far important matters in hand.

Cristiano Ronaldo’s return is guaranteed to make this the most eagerly anticipated Saturday 3pm kick-off in some time, with the Portuguese veteran looking for his first goal in a Utd shirt since his free-kick in the Manchester derby in 2009.

Newcastle will aim to ruin the homecoming party, but that won’t be an easy task for a side already threatening to be up there with the Premier League’s leakiest after eight goals conceded in three games. Bruce’s boys will be aiming to claim a first point at Old Trafford since 2015.

It went rather under the radar, but were Southampton one of the unexpected winners of the transfer window?

Losing Danny Ings looked in danger of being terminal in terms of their survival prospects, but the early signs suggest Ralph Hasenhüttl has had a shrewd summer in the window trying to counter that loss, with Adam Armstrong, Valentino Livramento and Romain Perraud all making assured starts to their careers on the South Coast.

The Saints are yet to secure their first Premier League win, but their Austrian manager will have seen enough signs of encouragement from draws with Man Utd and Newcastle to suggest his side can avoid being cannon fodder this season.

This looks a good acid test of where they stand against a West Ham side that showed more than a few signs of vulnerability at the back in their draw with Crystal Palace.

However, beware the bogey team effect coming into play here.

The visitors have won six of the last seven Premier League meetings – albeit the one blip in that sequence did come in a 0-0 stalemate at St Mary’s last season.

It’s points rather than the performances that will be the overriding concern in both dugouts at Vicarage Road this weekend.

After flying out the traps against Aston Villa, two tough away defeats for Watford and Xisco Munoz have served as a sobering reminder of how quickly your fortunes can turn at Premier League level.

However, the Watford boss will have been encouraged by the trouble both Emmanuel Dennis and Ismaïla Sarr posed Spurs last time out – and an ongoing spark from those two seems key to their survival hopes.

New Wolves boss Bruno Lage will be anxious to put some points on the board despite winning some tentative plaudits for his side’s improved playing style so far this term.

A lack of goals ultimately contributed to Nuno’s departure last term, and it’s a problem that could hamper Lage in his short-term objective to restore Wolves to a top-half berth after the club failed to make any decisive moves on deadline day.

New South Korean loanee Hwang Hee-chan will be expected to relieve some of the burden off Raúl Jiménez as the Mexican makes baby steps back from his horror injury. Lage may struggle to secure an immediate impact from a striker who scored just three times in 29 outings for RB Leipzig, but his input could be crucial in adding much-needed energy to Wolves’ faltering frontline.

Chelsea lie second in the Premier League outright betting after a composed start to the new campaign.

However, September could be a make-or-break month in determining whether Thomas Tuchel’s lavishly-assembled squad are ready for a full-blown title tilt.

A win at Stamford Bridge looks a must this weekend before the mother of double-headers later this month away at rivals Spurs and home to champions Manchester City, but Villa may not be obliging opponents after coming through unscathed in both meetings between the clubs last season.

Dean Smith’s side secured a first win in eight attempts over the Blues on the final day last year, a 2-1 victory at Villa Park that briefly left Chelsea sweating on their Champions League status.

Can Bielsaball click firmly back into gear at Elland Road this weekend?

While there have been enough positive signs so far to suggest Leeds Utd will successfully avoid any repeat of the ‘second season syndrome’ that struck down Sheff Utd last year, Marcelo Bielsa will be hoping a statement win here will calm nerves after a winless start to the league campaign.

After marking their return to the top flight with a fearless display on opening weekend last season (a 4-3 thriller in favour of the home side at Anfield), the return fixture at Elland Road proved to be a far more sedate affair.

Diego Llorente’s late header rescued a point for the hosts in a fixture that will be more widely remembered for events off the pitch, with the game played at the height of the European Super League controversy.

Despite failing to overcome a stubborn 10-man Chelsea prior to the international break, the Reds are quietly rebuilding their previous air of impenetrability under Jürgen Klopp.

Their last defeat in competitive action came all the way back in April against Real Madrid in the Champions League.

Both Klopp and Bielsa will have selection dilemmas to contend with here as two of the clubs set to be hit hardest by FIFA’s controversial ban on Brazilian players participating in Premier League action this weekend.

He might not be flavour of the month on the blue half of Merseyside, but Rafa Benitez may just have won over a few grudging admirers amongst the Toffees faithful over the last few weeks.

While Carlo Ancelotti was charged with bringing the glamour back to Goodison Park, Rafa could be the right man to deliver the ruthless streak required to propel Everton into top-four contention, with their clinical 2-0 win at Brighton a sign of how his methods could start paying off for his new employers.

A poor home record cost the Toffees any chance of a European adventure, but Benitez has the chance to make it back-to-back wins at Goodison – a feat they only managed to pull off twice last season.

The hosts start as 19/25 favourites to overcome a Burnley side that still look too light on numbers in midfield to avoid anything but a season-long scrap against the drop.

The Clarets have strengthened well on the flanks, bringing in the energetic Maxwel Cornet and Connor Roberts on deadline day. Sean Dyche will hope that’s enough smart business for now to keep his side’s heads above water until January at least.

All fixture information correct at time of writing.

Our score predictions for the next round of games are in…

Looking for Premier League betting tips ahead of the latest action?

We’re back with our three latest picks…

Reigning champions Man City lead the way in the outright betting, with the Cityzens 123/100 to retain their crown.

Chelsea’s success in the Champions League early in Thomas Tuchel’s reign sees them installed as 141/50 second-favourites to deliver a first EPL trophy for the German.

Man Utd are 51/10 shots after making some major waves in the transfer marker this summer, while Liverpool are 24/5 to make a better fist of things this time around after their title defence faltered early last season.

Odds correct at time of writing but may be subject to change.